Have you ever been travelling through Singapore or Thailand and looked at the amazing array of counterfeit or grey market products available in the markets? It seems that you can get absolutely anything, and for often less than a quarter of the price you would pay for the real thing.

Computer software and games seem to be the most popular. Quick to copy, easy to sell, and easy to transport, there are many people who just can’t resist.

Several years ago a friend who had just returned from Thailand told me of the amazing amount of software that he had brought back. Far cheaper than buying proper versions of the software from the manufacturer or retail stores, he was ecstatic and vocal about the money he had saved. That was until one day something went wrong, something that cost him hours of time, a bunch of money, and a lot of pride.

See, what my friend didn’t know, was this his software also came with some hidden extras! These hidden extras included some computer viruses. The massive savings were burnt up paying the computer technician to remove the virus. Many of his small business documents were un-recoverable, and his business contacts received a deluge of suspicious emails.

Food, can be very similar to computer software purchased in a cheap, knock-off, Thailand, market. Food today is cheaper to grow, produce, and distribute than it has ever been. High density farming processes mean that sheds 150m long and 15m wide can hold about 40,000 adult chickens. The stage from a chicken hatching to being harvested can be as short as 30 days.

Food also can come with little-hidden extras; hormone growth promotants, antibiotics, and other toxicants. Just as a computer virus damages the health of your computer, the extras added to food can, over a lifetime of consumption, contribute to poor health, and disease.

While buying organic foods might seem a fad, there’s no denying the regulation of organic food prevents, or reduces the hidden extras you are exposed to. Buying organic food means less additional hormones, and zero antibiotics can be used. It limits contaminants in animal feed and restricts the use of fertilisers and pesticides.

Buying organic foods is expensive. We buy ours from the Northey Street Markets, and have found them to be the freshest and best priced. It also allows you to speak first hand to growers if you have any questions.

I’ll be honest though, not everything we eat is organic. The household budget can only stretch so far. If yours like ours, is feeling the pinch, compromises need to be made.

There are foods though, I believe should always be organic wherever time and accessibility allow.

I’ve already spoken about the 40,000 chickens sharing a shed with growth rates fast enough that harvesting can occur in as little as 30 days. That high density means disease and sickness spreads like wild fire. In this environment antibiotics aren’t optional, they’re a must.

Antibiotic use in our food chain is one of the reasons antibiotic resistant super bugs are on the rise. Over 70% of antibiotics are being used in food.

Buying organic not only limits personal exposure, but also sends a clear message to food manufacturers that we want fewer antibiotics used.

Potatoes and root vegetables are like scavengers of the ground 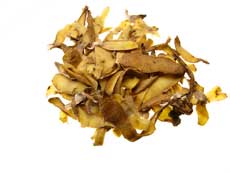 Potatoes accumulate toxins and toxin
residue from the surrounding soil.

I don’t often eat potatoes and root vegetables, but if you do, particularly roasted with their skins on, it’s time to start buying these from the organic markets.

Potatoes and other root vegetables tend to accumulate a large amount of pesticides, fertilisers, and herbicides, many of which are considered toxic. This doesn’t just stop once harvested either, to prevent sprouting potatoes in storage and treated with a chemical, gas that functions as a sprout inhibitor.

Purchasing organic potatoes will both limit exposure to toxins and ensures fresher produce as organic produce can’t remain in store for as long without treatment. 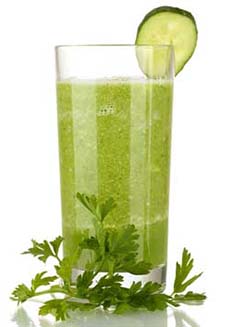 Because vegetables in a smoothie are
normally raw it’s really important to
ensure they are organic.

I love my green smoothie in the morning, but it’s important to ensure the vegetables used are organic.

When you make a smoothie, the vegetables are used raw and often whole. This means that any pesticide residue will be adding a little extra something to your smoothie! They also tend to be present in full strength as they have not been reduced or deactivated by the cooking process!

Interestingly, kale is among the vegetables with the highest level of pesticide, fertiliser, and insecticide residue.

As with potatoes and chicken, the decision to purchase organic kale will help keep your exposure levels down. I have also found that organic kale tends to keep better in the fridge.

So my friend’s sick computer has taught him to avoid counterfeit software that might come with a few additional surprises. Fortunately for him, computers are easier to fix than humans; we’re an altogether more complex piece of machinery.

We are only slowly starting to understand the damage done by a lifetime of exposure to toxic chemicals and hormones. The picture that is emerging is far from positive, affecting not only us but being carried forward to our children and grandchildren.

Fortunately, simple decisions like choosing when to purchase organic product can make a really big difference. Which reminds me of a quote:

Every cent you save at the market is a dollar you’ll pay at the chemist!
Posted in General Nutrition
Scroll To Top